In the summer months, all of Leipzig is drawn outside. Luckily, many Leipzig cafés and pubs have outdoor seating or beer gardens, because the barley juice or soda simply tastes much better outside in the fresh air. 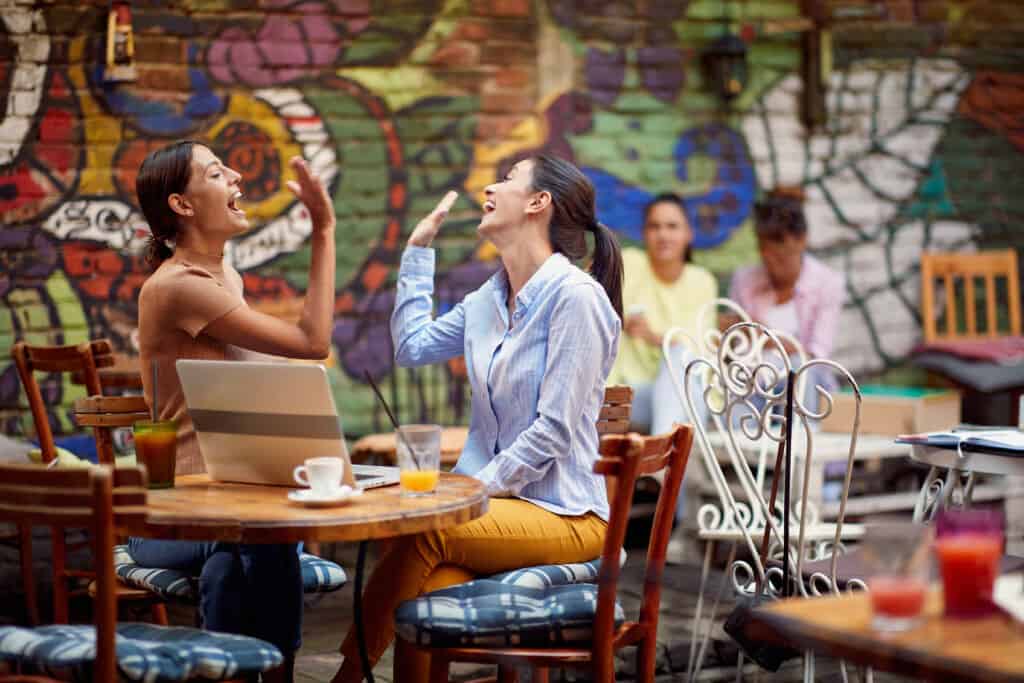 You can also enjoy southern flair in Leipzig. The concentration and variety of gastronomy and culture make for a unique atmosphere. The city centre, in particular, radiates the character of a folk festival from 11 pm onwards. Then it’s a case of seeing and being seen. Meanwhile, Leipzig has made an excellent name for itself as a city of open-air culture. This term, which tends to be replaced by beer gardens in other cities, has cult status in Leipzig. Of the more than 1,400 restaurants and cafés in Leipzig, most have an outdoor seating area.

The phenomenon of outdoor seating culture was already present earlier but only developed rapidly after 1990. The catalyst for this was the city’s strategy of a “pedestrian-friendly city centre”. But structural measures, such as the renovation of the old fair buildings and courtyards and the spread of footpaths, also promoted this development.

The way to a man’s heart is through his stomach! A clever saying that stems from the idea that love becomes greater when a partner cooks well. It has been observed for centuries – also in Leipzig. You will soon discover that Leipzig is a city for epicures, where you can relax with family and friends over food and drink. Your palate will thank you.

For centuries, you can enjoy many culinary specialities in this cosmopolitan metropolis, from a “Scheelchen Heeßen” (coffee) to the vegetable dish “Leipziger Allerlei” and the top-fermented beer speciality “Gose”. Whether historic restaurants or zeitgeist pubs, everywhere is a great place to eat and communicate. But what is really “typically Leipzig”? The following selection of specialities helps to answer this question. In the process, it becomes apparent that Leipzig’s culinary scene has something surprising to offer. 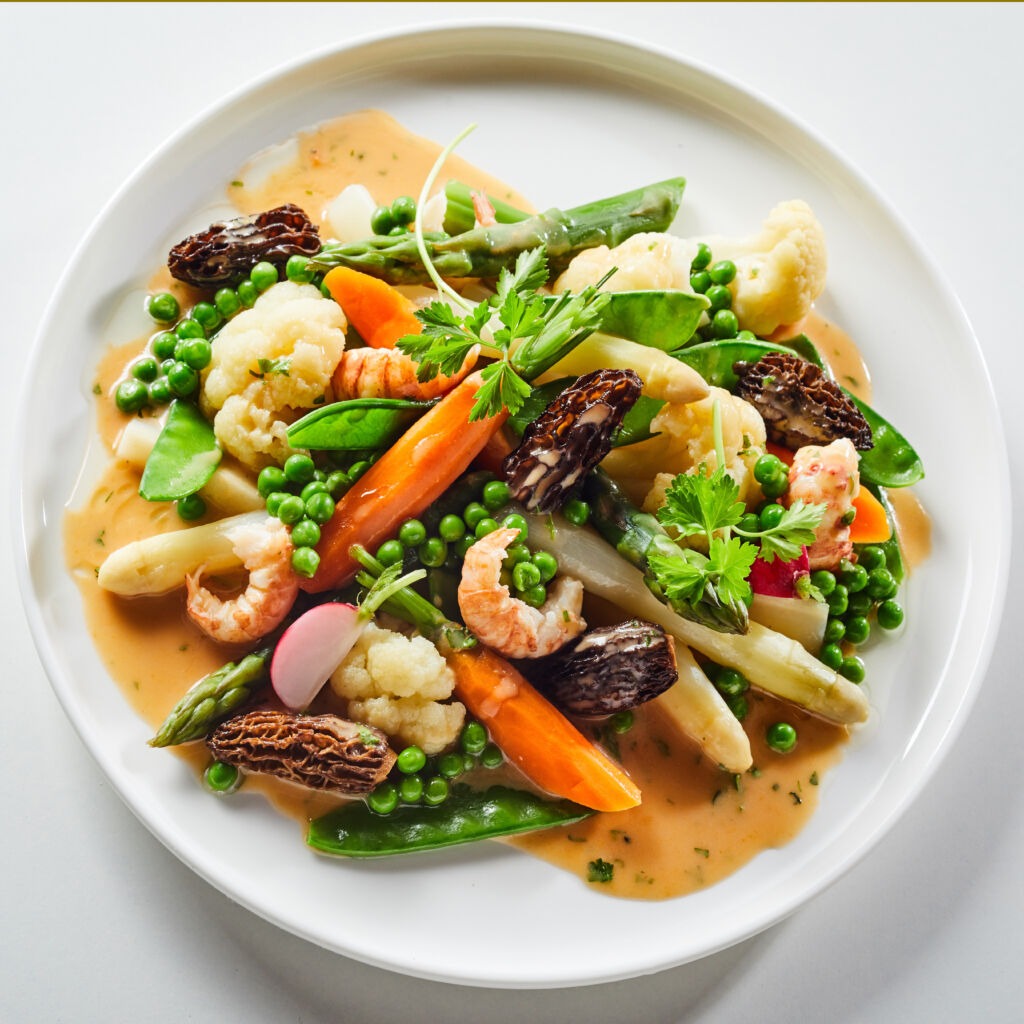 Leipzig’s best-known speciality is the “Leipziger Allerlei”, a vegetable dish that is also served as a side dish. In the 19th/20th century, it gained a high degree of fame. Around 1900, the dish was exclusively called “Allerlei”. It was only given the name “Leipziger” when it was included in various cookery books. Legend has it that the dish was intended to protect the rich citizens of Leipzig from tax collectors after the Napoleonic Wars. By serving them “only” a vegetable dish, they were led to believe that there was no money in the household.

Today, “Leipziger Allerlei” can be found as frozen food in supermarkets all over Germany. According to the traditional recipe, however, in addition to young vegetables such as carrots, kohlrabi, asparagus and cauliflower, it also includes morels, crayfish tails and bread dumplings. The original “Leipziger Allerlei” is served in June when the asparagus season begins, the closed season for crayfish is over and the vegetables have been freshly harvested. 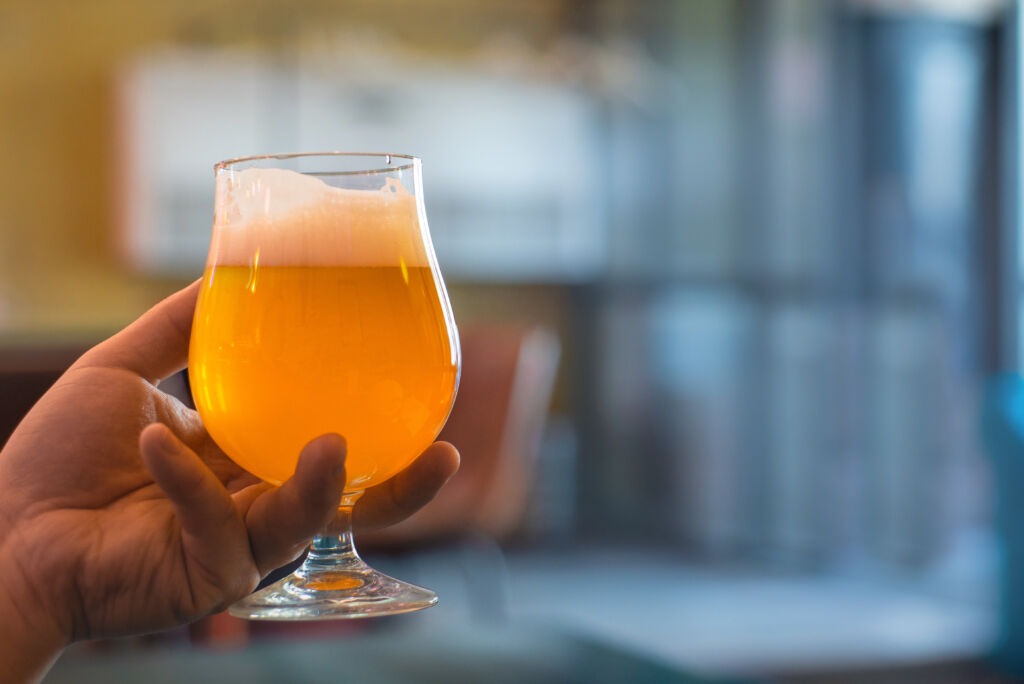 “What the rose is among flowers, the Gose is among beers!” This beer speciality is a top-fermented, slightly sour wheat beer. It is produced with the addition of common salt and coriander as well as a high proportion of organic lactic acid. It derives its name from its place of origin, the old imperial city of Goslar, where Emperor Otto is said to have praised it as early as the year 1000.

In the Middle Ages, “Goslar beer” spread as far as Anhalt. Since 1738 it has found its new home in Leipzig – thanks to the recommendation of the “Old Dessauer”.

Around 1900, Gose was even the most widely drunk beer in the trade fair city. The main supplier of Gose since 1824 was the Ritterguts Gosen brewery in Döllnitz.

From 1966 onwards there was no more Gose. Its rediscovery only began in 1986, when Lothar Goldhahn reopened the old Gosenschenke “Ohne Bedenken”. Today, the original Ritterguts Gose is available in over 100 pubs. Since 2000, Leipziger Gose has been brewed and served at the Bayerischer Bahnhof. The Gose can also be mixed with Allasch, syrup and cherry liqueur.

Allasch owes its name to its place of origin, a Livonian estate near Riga in Latvia. In 1830, traders probably brought the recipe for Allasch from its place of origin via Mecklenburg to Saxony. Here, Allasch enjoys great popularity and has been produced in Leipzig’s oldest brandy and liqueur factory, the Wilhelm Horn company, founded in 1923, since 1926. It bears the name “Echter Leipziger Allasch”.

Allasch is a caraway liqueur made using caraway distillate and is characterised by a high alcohol content (about 38% vol.), a strong caraway aroma and plenty of added sugar.

The liqueur is served ice-cold and is popular for digestion after meals. Many also consume it together with the Leipzig beer speciality Gose, known as “Gose Regenschirm”. 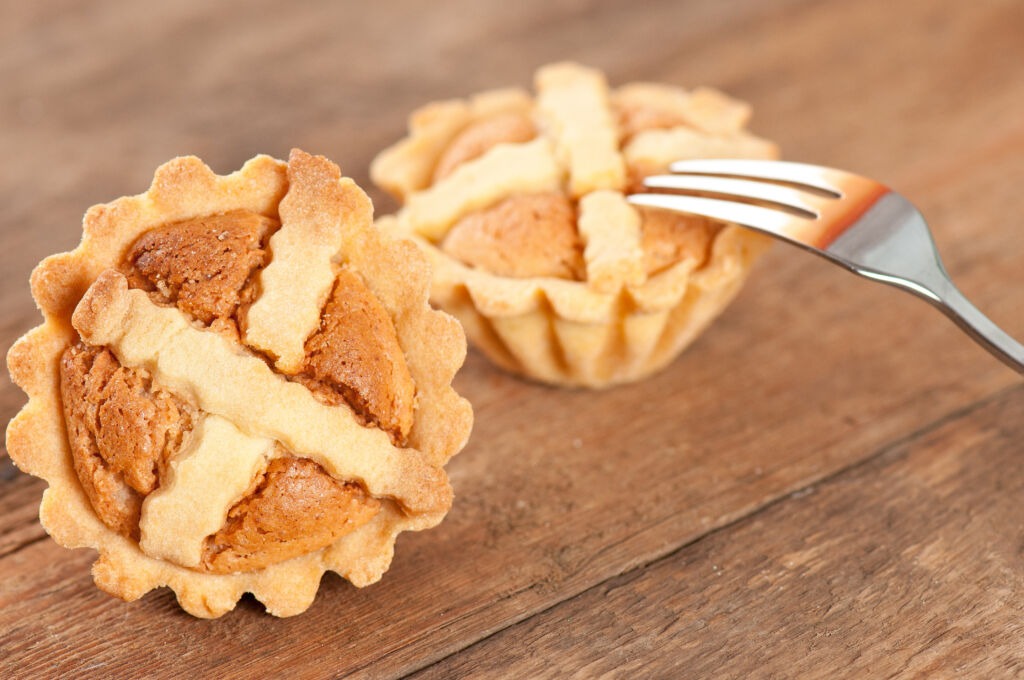 A special treat is the Leipzig lark, which made the leap onto international menus in the 18th/19th century. As the name suggests, skylarks originally migrated to the pan. An estimated 1.5 million of these songbirds were caught annually in the meadows of Leipzig, baked with herbs and eggs and served by the “Lerchenfrauen” in the Salzgässchen with sauerkraut or wrapped in bacon.

In August 1860 there was a terrible hailstorm. Thousands of dead songbirds lay in Leipzig’s streets. Citizen protests followed so that the Saxon King banned lark hunting in 1876. Resourceful master bakers immediately found a substitute by creating a delicacy from oven-fresh shortcrust pastry, almonds, nuts and strawberry jam or marzipan.

The shortbread tartlet is reminiscent of a bird’s bellows. The two strips of shortcrust pastry laid crosswise symbolise the original thread used to hold the stuffed animal together. To this day, the Leipziger Lerche is made by hand in seven different steps and are more popular than ever.

Getting hungry? – Join LeipzigFreeTours on a culinary tour of the city! Those feature Leipzig’s history and can be customised to feature the best of tastings Leipzigs culinary delicacies! 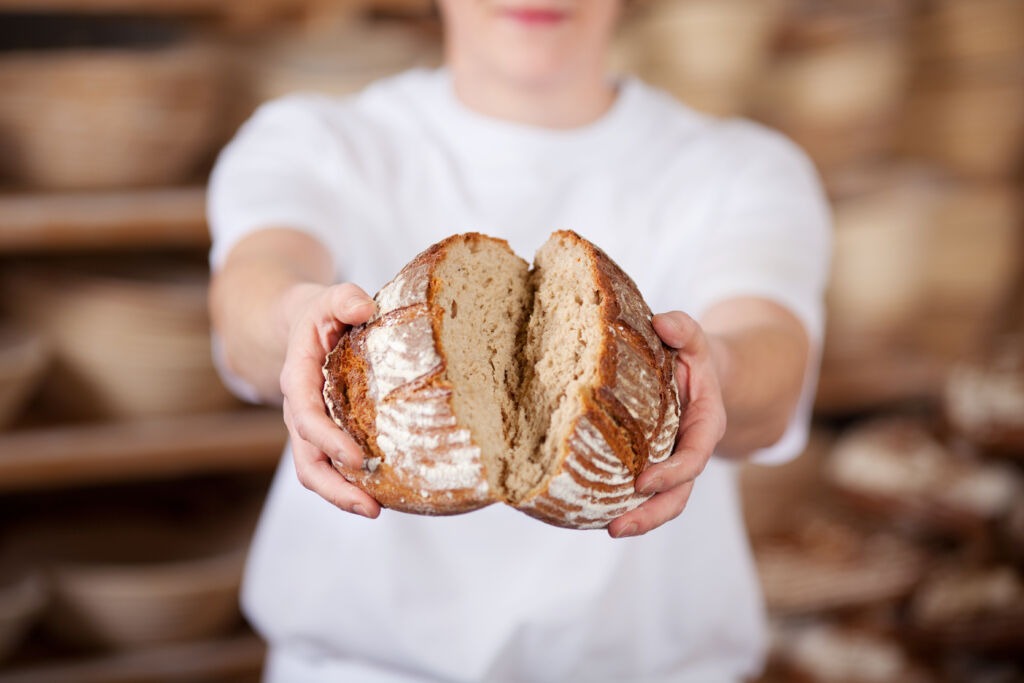 The smell of fresh rolls and bread – what could be better on a Sunday morning? We have put together a list of the best bakers in Leipzig.

Bread culture in Germany is probably the most diverse and traditional in the world. The German bakery trade is rightly to be registered with Unesco as a world cultural heritage site. So they still exist, the good artisan bakers. The production of freshly baked goods is just as varied as the recipes. Whether made from wheat flour and yeast, spelt, oats or rye meal – handmade products are popular. After all, what could be better for breakfast than the smell of fresh rolls and bread? 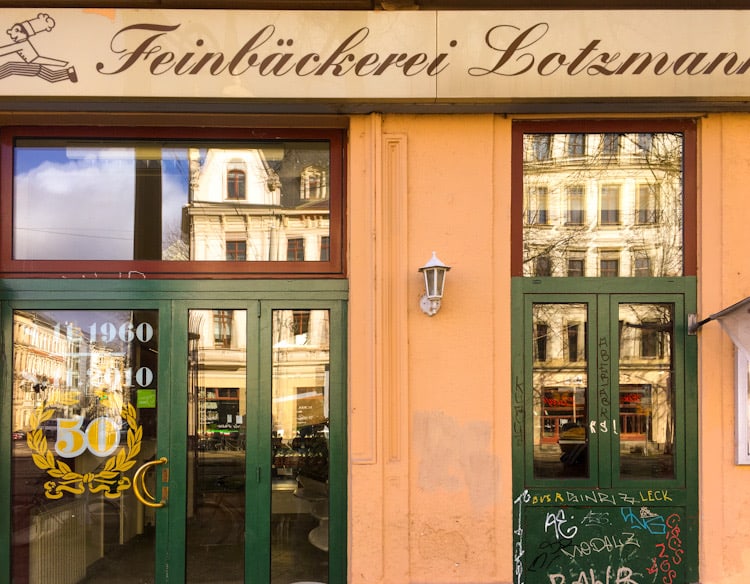 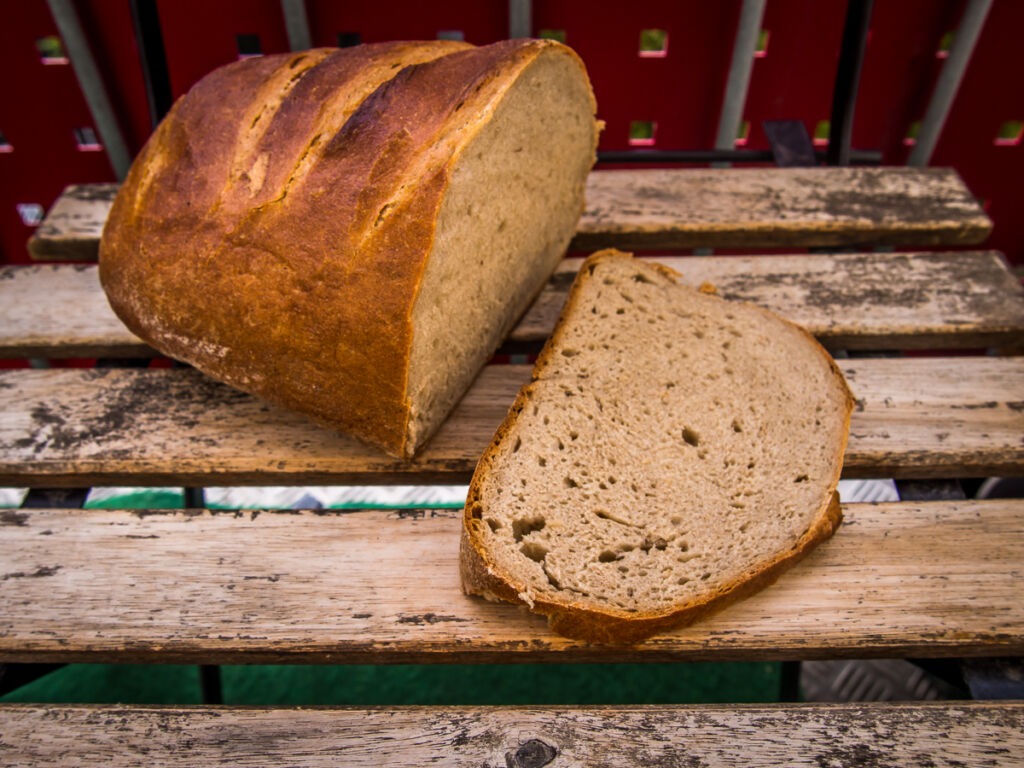 There, where three bakery branches have existed side by side for quite some time, the traditional Lotzmann business is fighting back. Axel Lotzmann has been running his two shops for decades – one directly on Karl-Liebknecht-Straße and the other on Beethovenstraße in the Musikerviertel. Many of the 54-year-old’s regular customers were already afraid that they would soon have to do without the handmade delicacies from the bakery. But “Lotzi” takes it with humour: “I’m not stressed about it,” the baker waves off. “I’ve already survived so many bakery branches here – just like at Südplatz, by the way.” And he hasn’t had fewer customers since the “Wendl” opened.
In short – my clear favourite in Leipzig. The bread is simply the tastiest in town! The best thing is – the bread keeps for an incredibly long time and is still fresh and juicy even after a few days. The secret – sourdough, which is given enough time to rise. By the way, this is also particularly beneficial for digestion, as it is easier for the body to process. Friends of mine with food intolerances swear by the Bort because it doesn’t cause any problems. 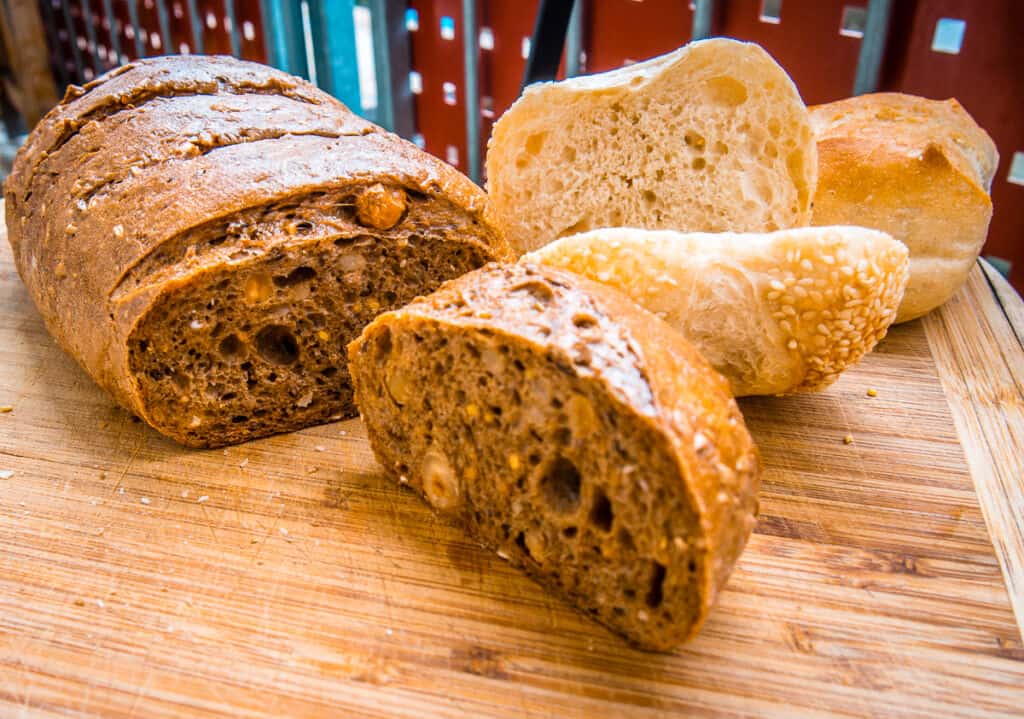 The Feinbäckerei Renelt in Naumburger Straße offers fresh rolls, crusty bread and other baked goods from Monday to Saturday. Especially recommended are the nut bread a la hazelnut bread and walnut bread as well as the rolls.

They have been baking here for 83 years. The third generation is now running the Jackisch bakery in Henricistraße in Lindenau.

The Jackisch bakery can look back on a decades-long tradition of “Saxon baked goods”. On 29 April 1929, master baker Curt Jackisch founded a bakery in Leipzig. In 1944, the bakery was bombed out and it was decided to make a new start in the nearby Brandvorwerkstraße.

In 1960, the son, master baker Heinz Jackisch, took over the company’s fortunes. As a result of the expanded range of products and the increased demand, further investments were made in the following years. Further extensions to the bakery followed. However, due to the poor structural situation and the state of health of the master baker, the business was closed in 1988.

Today, the business is in its third generation. In 2008, master baker Jens-Uwe Jackisch opened at the new location in Leipzig-Lindenau. The daily range now includes 9 types of bread and 12 different types of rolls as well as snacks. 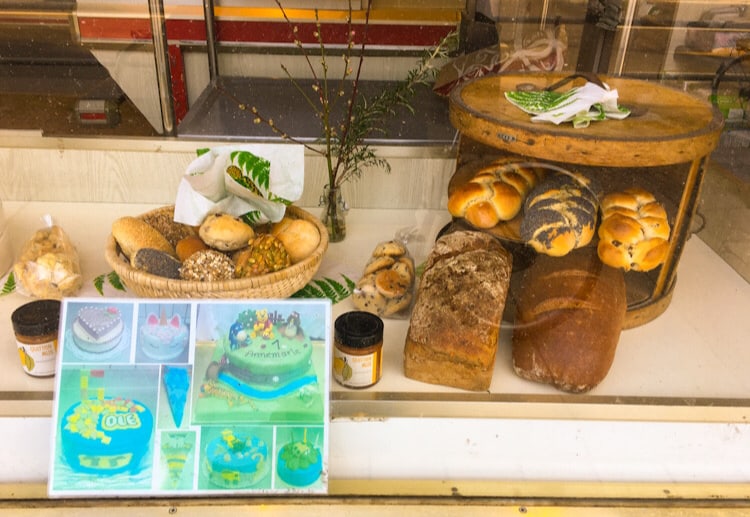 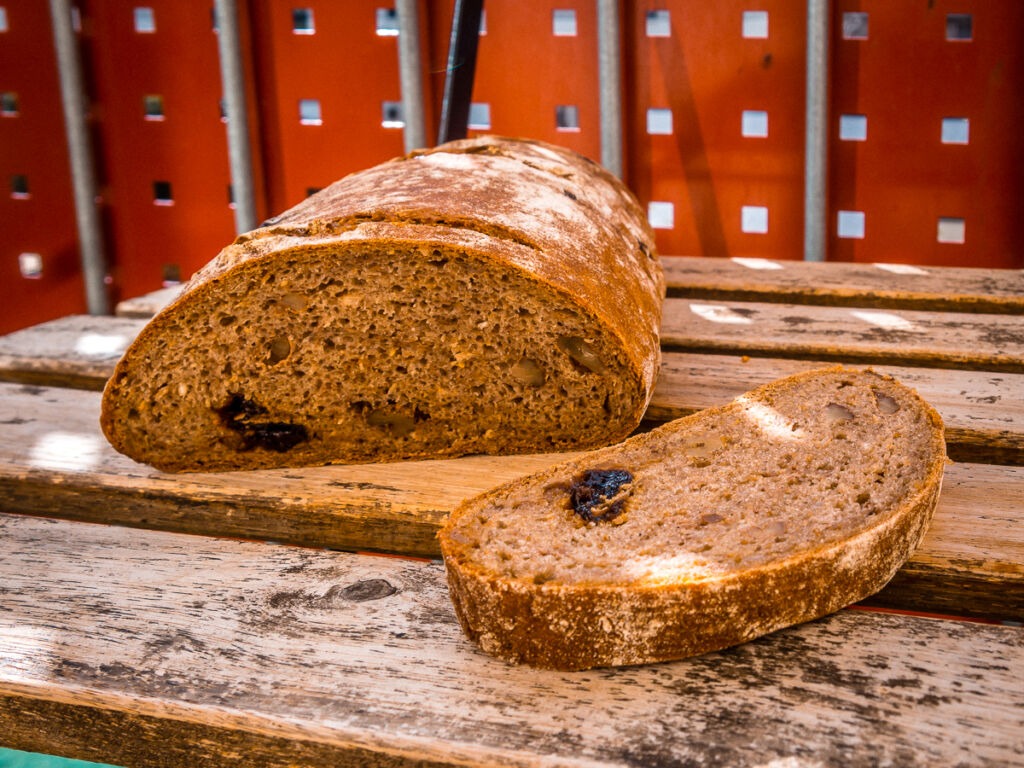 A baker who knows cakes and bread! Nice salesperson, everything tasty, fair prices. Good special offers such as herb bread or plum-nut bread. My neighbourhood baker at Connewitz Kreuz! 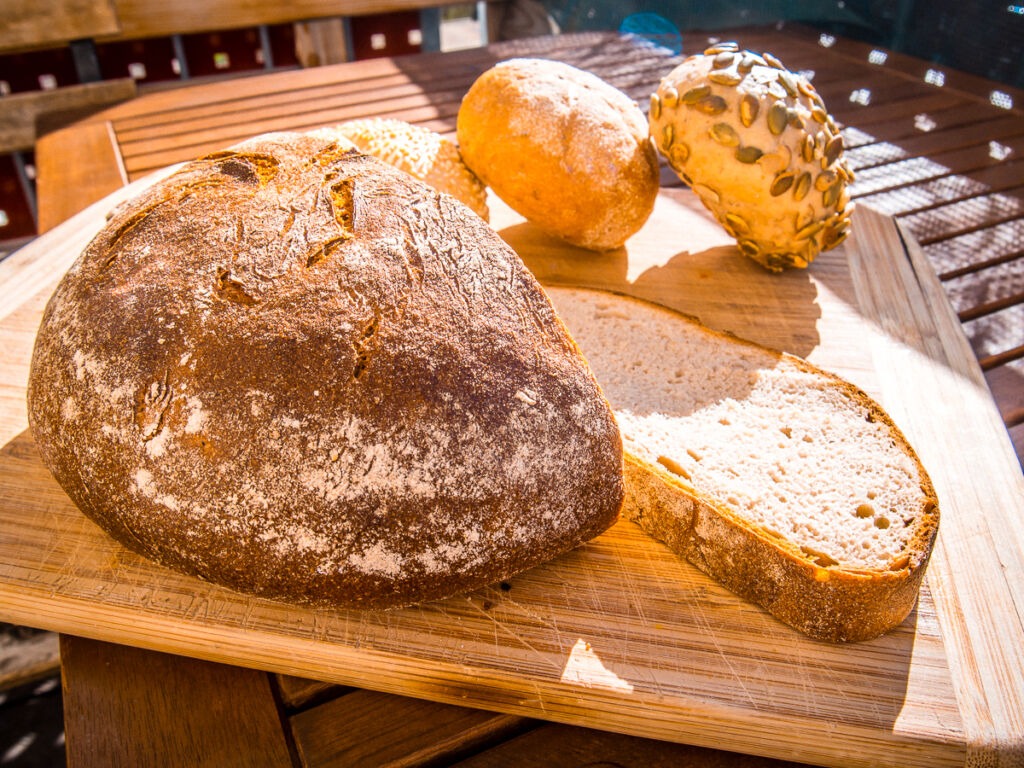 The family business in Dieskaustraße has been cultivating its tradition since 1898. Among the numerous types of bread, wholemeal, wholemeal spelt and the Thomas bread stand out, a wholemeal bread with sesame, cheese, caraway and sesame rye rolls are the best in the bread range. The cake programme ranges from cherry pies with cream to cheesecake, which is also available for diabetics. Also recommended: fruit sheet cake depending on the season and snails with crumble and sultanas. Great service.

Until recently they were employed, now they are “young entrepreneurs”: Martina and Maik Kupfer have taken over a bakery in Kleinzschocher. They moved from Bavaria to Leipzig to become self-employed and to be closer to their old home. Besides the best bread specialities, you can also get homemade mustard here!

Those were my Leipzig culinary tips for you. The suitcases are certainly already packed, what about you? Now all you need is a great city tour for an unforgettable city trip to Leipzig. Take a look at the Free Walking Tour in Leipzig. It’s a great way to get to know the city and hear exciting stories.

For groups or for anyone who just wants to treat themselves, there are also private city tours. Those feature Leipzig’s history and can be customised to feature the best of tastings Leipzigs culinary delicacies! Let’s go! 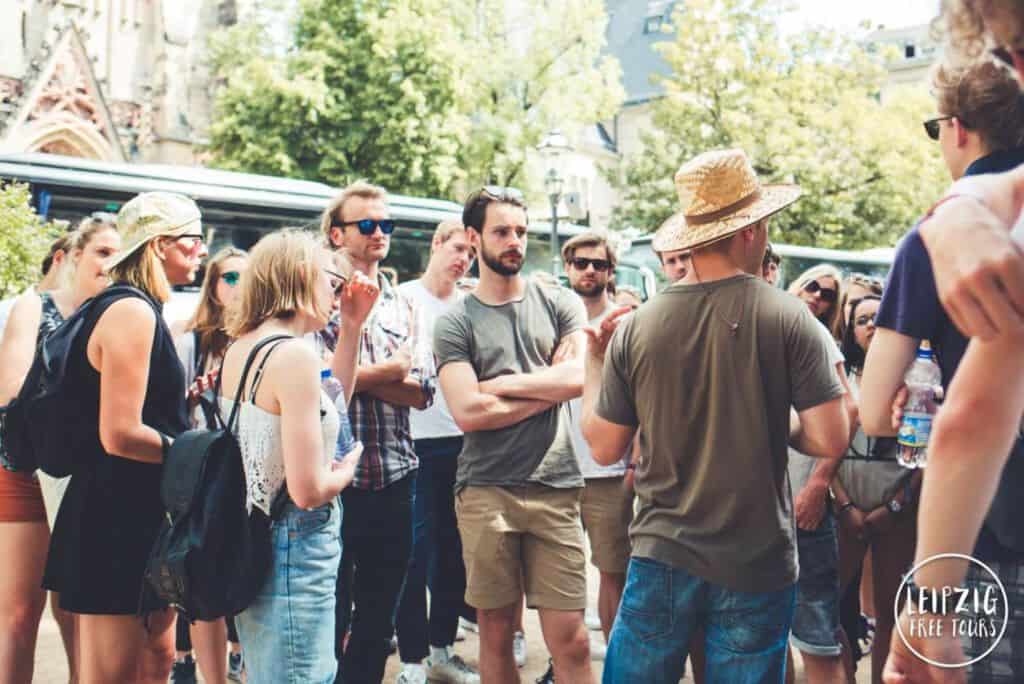