Leipzig’s largest cemetery is located near the Battle of Nations Monument in the southern part of the city. The complex is considered one of the largest cemeteries in Germany, covering an area of 82 hectares including the crematorium and columbarium located on the site. The building complex of the crematorium consists of two smaller chapels and a large main hall with a 63-meter high bell tower. 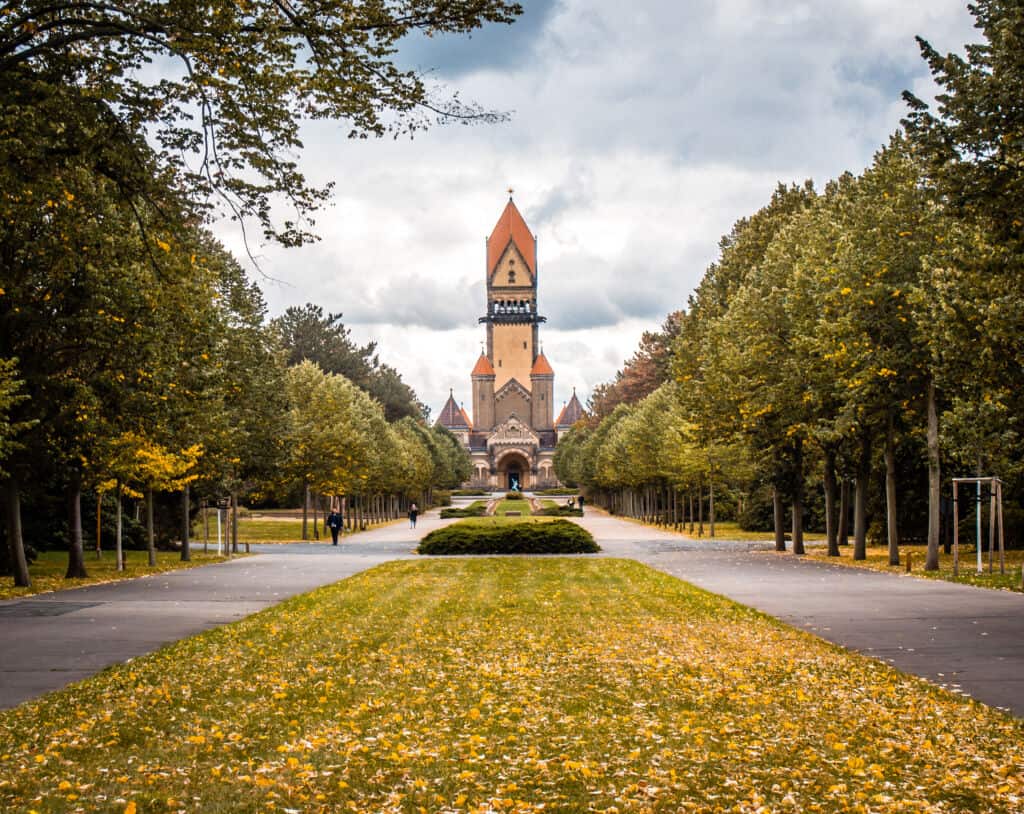 A place of superlatives

For 130 years, the people of Leipzig have buried their deceased at the Südfriedhof. With time, a park landscape has been created that invites visitors not only to quietly commemorate the dead. The cemetery is an island of tranquillity amidst the hustle and bustle of the city. Whether it is the imposing grave monuments of impressive sepulchral architecture or the lush and diverse vegetation: the South Cemetery offers many facets that are worth a visit.

For centuries, the people of Leipzig had buried their dead in the Old St. John’s Cemetery at St. John’s Church. Since there was no room for expansion here, the city opened a New St. John’s Cemetery between Windmühlenstraße and Reitzenhainer Straße (today Prager Straße) in 1846. However, the rapid increase in the number of inhabitants and the ever-closer development of Thonberg and Neureudnitz soon made even this burial ground seem too small.

In the search for a new site, they found one in the Probstheida area. Here, where the Battle of the Nations had raged in 1813, there were large areas of agricultural land that could be purchased at a reasonable price. On 1 June 1886, the South Cemetery was opened as the city’s central cemetery by Lord Mayor Bruno Tröndlin. The city planning director Hugo Licht and the municipal garden director Otto Wittenberg were responsible for the design. The grounds are laid out in the shape of a linden leaf. Thus, the builders pick up on Leipzig’s original Slavic name: “The place where the lime trees stand.” The first site was 42 ha in size and intended for 60,000 graves. By the Second World War, extensions had been made to the current size of 82 ha. This makes Leipzig’s southern cemetery one of the largest parks of its kind in Germany. But despite the cemetery’s aesthetic landscape setting, many Leipzigers, especially the well-heeled, still preferred to be buried at the New Johannis Cemetery. It was only when the coveted family burial places along the cemetery walls were occupied that the southern cemetery became more popular. Today, visitors can find the graves of numerous famous Leipzigers here and admire a wide variety of grave monuments. Especially in spring, when the 10,000 rhododendrons are in bloom, the southern cemetery is a popular park.

At first, the southern cemetery did not enjoy great popularity. The people of Leipzig wanted to continue to be buried in the Johannisfriedhof. This finally changed when the trees and plants began to grow and the park character became visible. Moreover, Johannisfriedhof was soon bursting at the seams. To date, 560,000 Leipzigers have found their final resting place in the southern cemetery – including countless important entrepreneurs, scientists, artists, and architects. Some famous names on the gravestones are Georg Schwarz, Lene Voigt, or the Baedecker publishing family. Many of the resting places are of high artistic value and are listed monuments. Burials of coffins and urns still take place today. 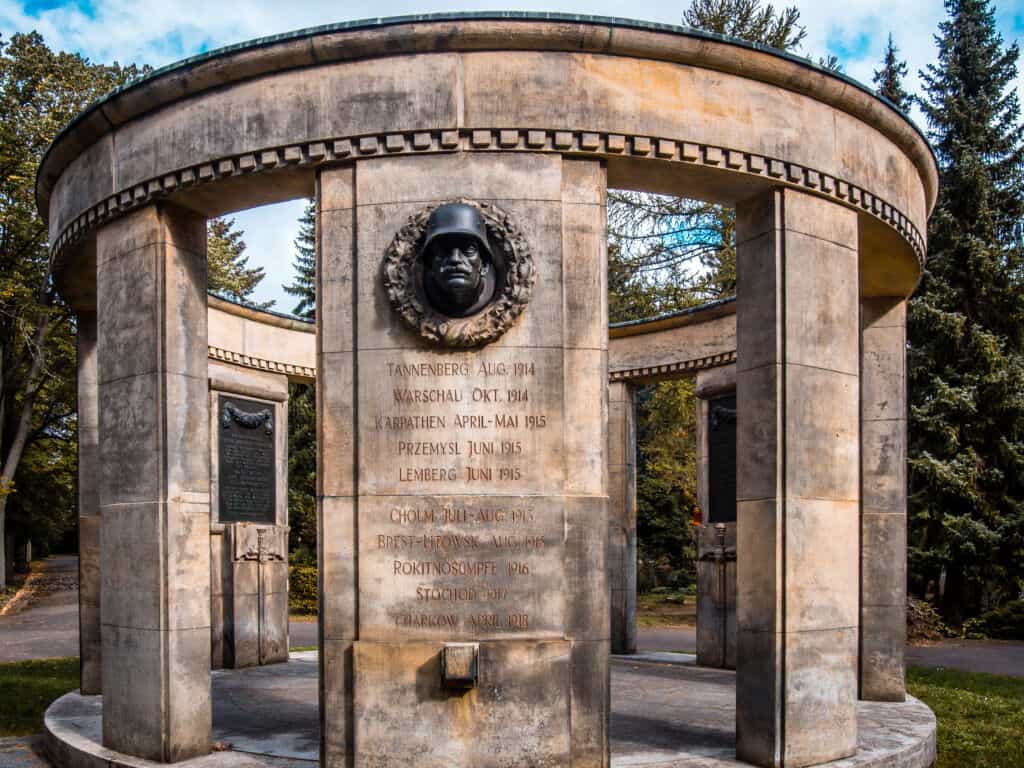 From rhododendron bushes, up to four meters high to amber trees, mahonias, and ornamental cherries to primeval redwoods, weeping ash trees, antler trees, ginkgos, and various species of lime tree – the park-like resting place impresses with an enormous variety of plants. Walking around the grounds, you can hear the chirping of 60 species of breeding birds. Squirrels climb in the trees and with a bit of luck you can spot rabbits or foxes in the quiet morning and evening hours. 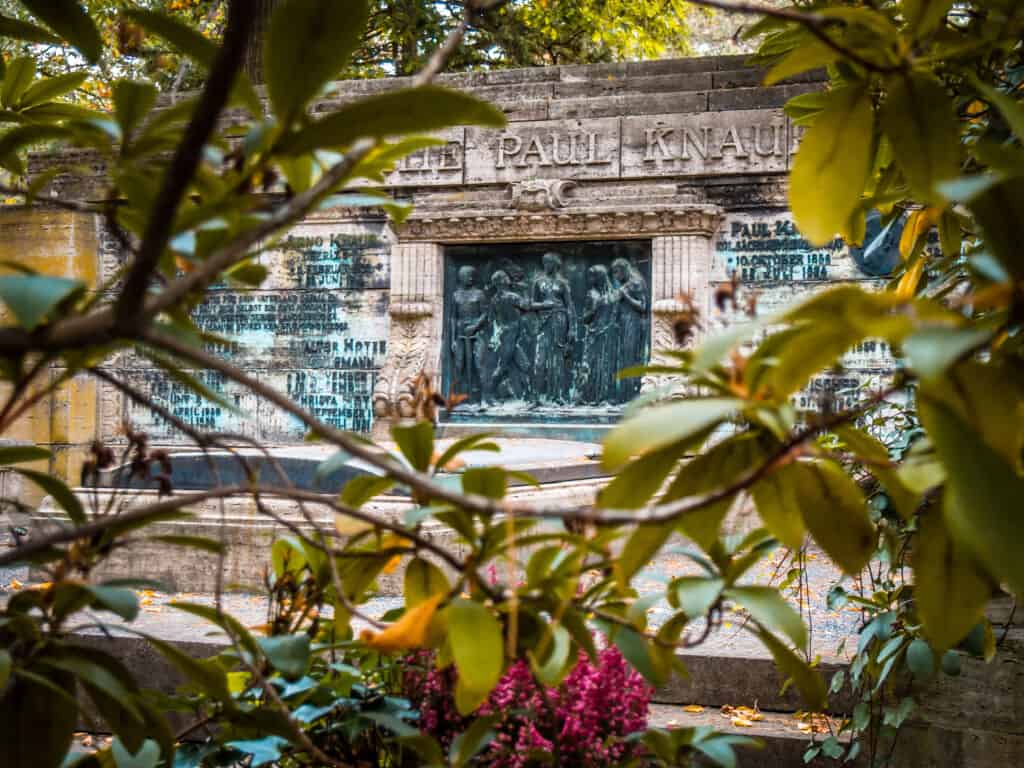